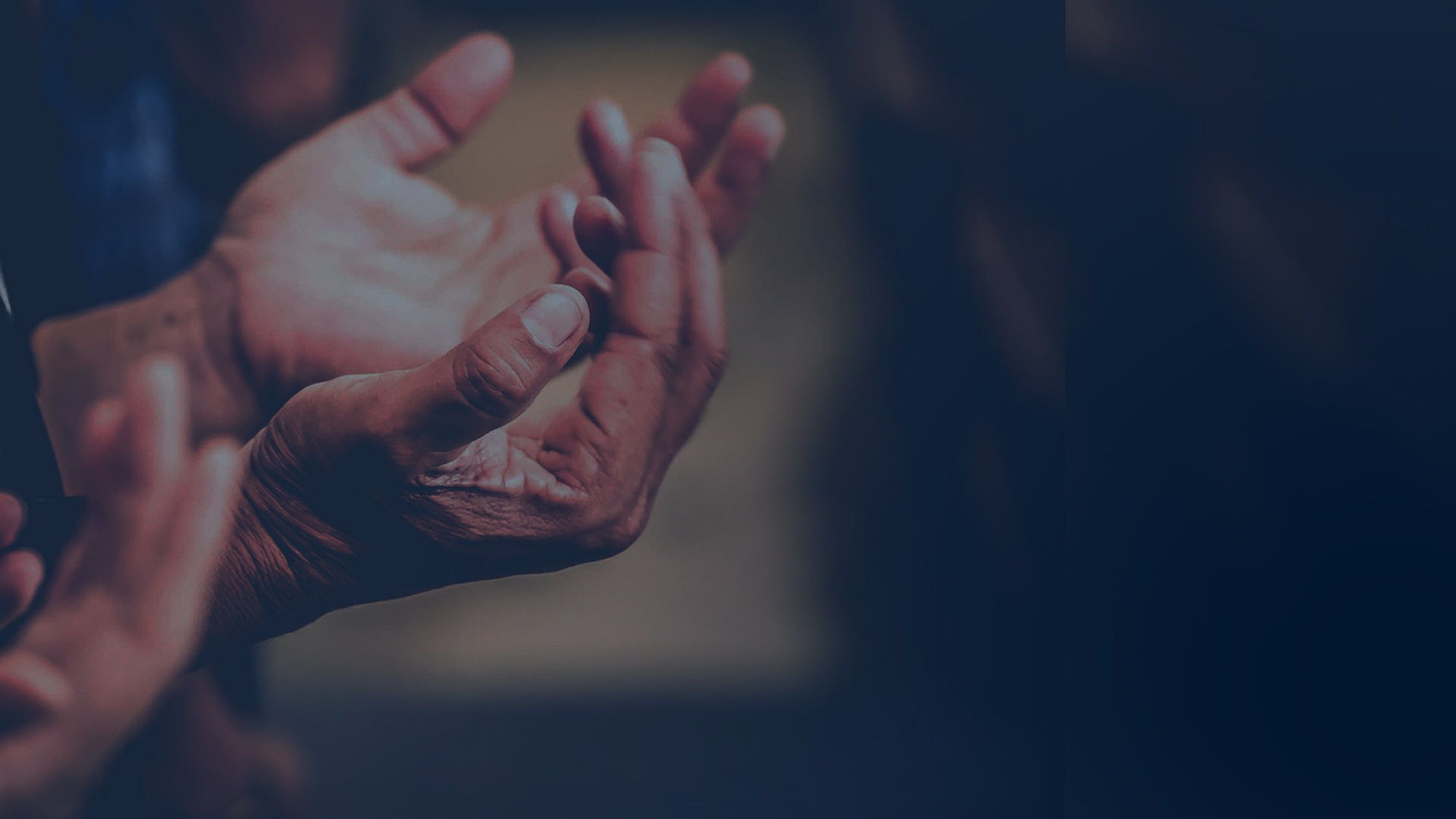 In this message we will discuss the question: What does the figure of the watchman teach us about the function of a prophet and consequently of a minister of the Word of God?

So you, son of man, I have made a watchman for the house of Israel; whenever you hear a word from my mouth, you shall give them warning from me.

The office and function of a prophet is described in the Bible in several graphic figures. Perhaps the most familiar is the figure of the shepherd watching over the flock and leading the sheep out to pasture. It is from this figure of the office that we derive the word pastor. A minister serving a congregation is a shepherd or pastor to the people. The shepherd figure is also found in chapter 34 of Ezekiel, where the Lord denounces the corrupt religious leaders as false shepherds.

The prophet is also described as a herald, one who proclaims good news. In chapter 40 of Isaiah, God says:

It is from this aspect of the work of a prophet that we speak of a minister as a preacher of the Word of God. If he is a true preacher, he proclaims the Word of God and he does not express his own opinions.

But a prophet is not only a shepherd who feeds the flock or a herald who announces the good news. We learn from Ezekiel that a prophet is also a watchman. This introduces us to another aspect of the office of the minister of the Word of God. In this message we will discuss the question: What does the figure of the watchman teach us about the function of a prophet and consequently of a minister of the Word of God?

Let us begin by observing that the figure of the watchman confronts us with the responsibility of a prophet. God says to His servant Ezekiel, “So you, son of man, I have made a watchman for the house of Israel; whenever you hear a word from my mouth, you shall give them warning from me.”

We will observe how this teaches us the solemn responsibility of a prophet when we recall what the duty of the watchman was in ancient Israel. Ancient cities were defended primarily by heavy walls which completely encircled the city, and somewhere on top of the wall was the tower in which the watchman stood. It was his duty to announce the approach of the enemy and warn the men in the city. You may recall how David, in the rebellion of Absalom, sat in the gate at Mahanaim while the watchman stood in the tower waiting for news of the outcome of the battle.

Perhaps the most dramatic account of a watchman in action is found in the Book of 2 Kings. Joram, king of Israel, had been wounded in the war with the Syrians and he went to the city of Jezreel to recover from his wounds. One day when the watchman was standing in the tower in Jezreel he saw the company of Jehu coming toward the city and he called down, “I see a cloud of dust.” The king ordered that a horseman be sent to meet the company and ask, “Is it peace?” They waited for some time and the watchman reported, “The messenger reached them but he is not coming back.”

The king ordered a second messenger to go out to meet the company and once more the watchman reported, “He has reached the company but he is not coming back. And the driving is like the driving of Jehu, the son of Nimshi; for he drives furiously.” This report stirred Joram to action but he was too late; his forces were routed and he was killed in the battle. This is a dramatic example of a watchman who did his duty. He reported the approach of the enemy step by step, but the king was slow to respond and he did not take action until it was too late.

In the same vein God said to Isaiah, “Say unto the righteous it shall be well with them, and unto the wicked it shall be ill with them.” This aspect of the warning element in the ministry of the word of God is not limited to the Old Testament. When Paul spoke to the elders of the church of Ephesus, he said,

Take heed to yourselves and to all the flock, in which the Holy Spirit has made you guardians, to feed the church of the Lord which he obtained with his own blood.

The warning note in the ministry of the word of God distinguishes the true prophet from the false prophet. The false prophet always says, “Peace, peace,” when there is no peace. Jesus, the great prophet, who was moved with compassion when He saw the multitudes as sheep without a shepherd, called the people graciously and lovingly to come to Him for rest and peace; but as a true watchman He also declared: “Except you repent you shall all likewise perish.”

Having considered the prophet’s responsibility, let us now observe what is the prophet’s message. We have seen that it is the solemn responsibility and duty of the watchman to warn the wicked of their destiny. But this does not mean that the prophet’s message is a message of judgment only, for the Old Testament prophets proclaimed the love of God in all its fullness and power. God says to His people, through the prophet Jeremiah, “I have loved you with an everlasting love” (Jer. 31:3). There is a moving passage in Hosea where God says:

How can I give you up, O Ephraim! How can I hand you over, O Israel! How can I make you like Admah! How can I treat you like Zeboiim! My heart recoils within me, my compassion grows warm and tender.

The prophet’s message of the love and grace of God is fully expounded by Ezekiel in chapter 36 of his prophecy, which contains all the promises of the gospel.

There is a promise of cleansing from sin:

“I will sprinkle clean water upon you, and you shall be clean from all your uncleannesses, and from all your idols I will cleanse you” (v. 25).

There is the gospel promise of a new heart:

“A new heart I will give you, and a new spirit I will put within you; and I will take out of your flesh the heart of stone and give you a heart of flesh” (v. 26).

There is the promise of the Holy Spirit:

“And I will put my spirit within you, and cause you to walk in my statutes and be careful to observe my ordinances” (v. 27).

There is the ultimate promise of God which underlines the whole message of the Bible:

If the Old Testament people were held responsible for rejecting the word of God as it came to them through the prophets, how much more are we accountable since we have the full revelation of God in Jesus Christ. We know that Christ was crucified for our sins and that He rose again for our justification. We know that the great transaction is done. God has reconciled us to Himself in Jesus Christ by His death on the cross. How then do we dare continue in our sin without repentance and faith when we have the full light of the knowledge of God in Jesus Christ. This is the way one of the apostolic preachers put it to the people in the first century:

Therefore we must pay the closer attention to what we have heard, lest we drift away from it. For if the message declared by angels was valid and every transgression or disobedience received a just retribution, how shall we escape if we neglect such a great salvation?

From this analysis of the message of the prophet Ezekiel, let us now observe how the message was received. In spite of the fact that the people heard God’s wonderful promise of a new heart and cleansing from sin and His gracious offer to make them His people, they would not listen. They rejected the message. This was generally true of Israel’s attitude toward the word of God as it came to them through all the prophets. Stephen in his brilliant defense before the Sanhedrin said:

You stiff-necked people, uncircumcised in heart and ears, you always resist the Holy Spirit. As your fathers did, so do you. Which of the prophets did not your fathers persecute? And they killed those who announced beforehand the coming of the Righteous One, whom you have now betrayed and murdered.

Although there was general opposition to the message of all the prophets, they were not all treated in the same way. Jeremiah, who was a contemporary of Ezekiel, preached the word of God in the period immediately preceding the fall of Jerusalem and faced persecution, hatred, and violence all his life. On the other hand, Ezekiel lived a peaceful life when he preached in the same period to the exiles in Babylon. He never faced persecution or violence, but the people still rejected the message.

We see how close this comes to our condition when we observe the reason for the rejection. “Their heart is set on their gain.” In the materialism of Babylon they had lost all their interest in the word of God. They looked upon worship as entertainment. They praised the performer. They talked about his talents, but they went away without any commitment to the word of the Lord. “For they hear what you say but they will not do it.” Isaiah describes the spiritual condition of Israel in Babylon graphically in chapter 55 of his book.

Ho, every one who thirsts, come to the waters; and he who has no money, come, buy and eat! Come, buy wine and milk without money and without price. Why do you spend your money for that which is not bread, and your labor for that which does not satisfy? Hearken diligently to me, and eat what is good, and delight yourselves in fatness.

This teaches us once more that the only right response to the Word of God is repentance. John the Baptist came preaching the gospel of God, saying, “Repent ye, for the kingdom of heaven is at hand.” This theme of repentance rings through all the Book of Ezekiel. God pleads with His people through the word of the prophet.

As I live, says the Lord God, I have no pleasure in the death of the wicked, but that the wicked turn from his way and live; turn back, turn back from your evil ways; for why will you die, O house of Israel?

Here is the alternative we always face when we hear the Word of God preached. It is turn or die. Or in Spurgeon’s blunt phrase, “Turn or burn.” It is repent and believe the gospel and be saved, or it is reject the gospel and be lost.